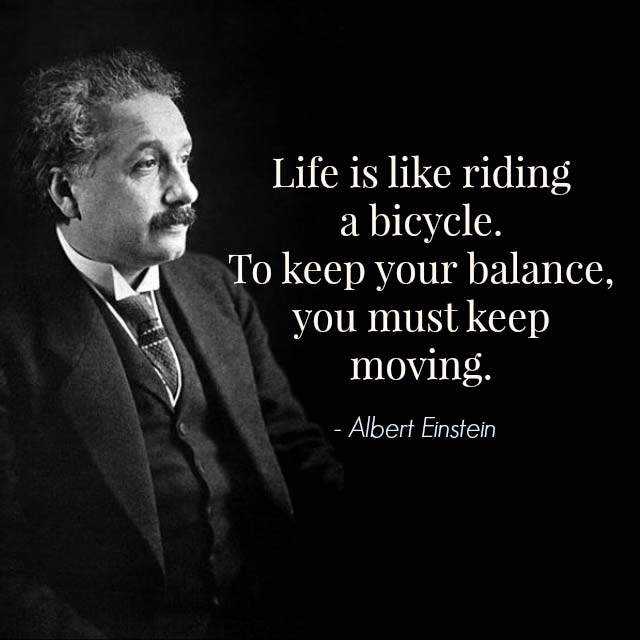 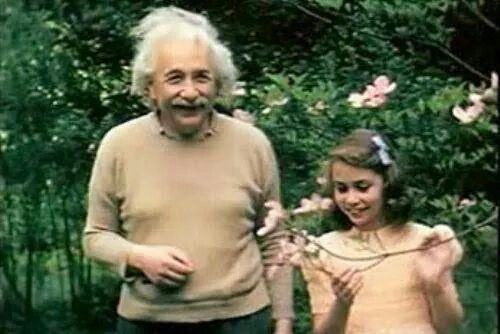 The only thing that interferes with my learning is my education
people are like bicycles.They can keep their balance only as long as they are moving.
Science without religion is lame, religion without science is blind.
Imagination is more important than knowledge.For knowledge is limited,
whereas imagination embraces the entire world, stimulating progress, giving birth to evolution.
Try not to become a man of success, but rather try to become a man of value.
Only a life lived for others is a life worthwhile.
“Reality is merely an illusion, albeit a very persistent one.
“Common sense is nothing more than a deposit of prejudices laid down by the mind before you reach eighteen.”
“As far as the laws of mathematics refer to reality, they are not certian; and as far as they are certain, they do not refer to reality.”
[Address to Prussian Academy of Science, Jan. 2921] Before God we are all equally wise – and equally foolish.
Perfection of means and confusion of ends seems to characterize our age.
“Anyone who has never made a mistake has never tried anything new.”
“Try not to become a man of success. Rather become a man of value.”
“Imagination is everything. It is the preview of life’s coming attractions.”
“When you trip over love, it is easy to get up. But when you fall in love, it is impossible to stand again.”
The woman who follows the crowd will usually go no further than the crowd.
The woman who walks alone is likely to find herself in places no one has ever been before.”
“I’d rather be an optimist and a fool than a pessimist and right.”
Genius is 1% talent and 99% percent hard work…”
“Anyone who has never made a mistake has never tried anything new.”
“Education is what remains after one has forgotten everything he learned in school.”
“Any intelligent fool can make things bigger, more complex, and more violent. It takes a touch of genius and a lot of courage to move in the opposite direction.”
Gravitation is not responsible for people falling in love.”
“The secret to creativity is knowing how to hide your sources.”