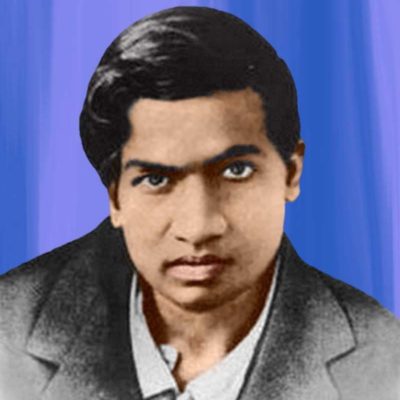 One of the most interesting mathematicians of modern times is Srinivasa Ramanujan (1887–1920). Born to an impoverished middle¬class family in India, he virtually taught himself higher mathematics. He went to England to study with the Number theorist G. H. Hardy. Hardy tells the story of a taxicab ride he took to visit S. Ramanujan. The cab had the license plate number 1729, and he challenged the young Indian to find anything interesting in that. Without hesitating, Ramanujan pointed out that it was the smallest positive integer that could be represented in two different ways as the sum of two cubes: 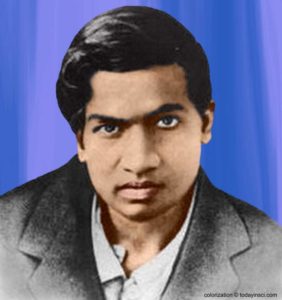 In 1913, a twenty five year old Indian clerk with no formal education wrote a letter to G.H. Hardy, then widely acknowledged as the premier English mathematician of his time. Srinivasa Ramanujan begged Hardy’s opinion regarding several ideas he had about numbers. Hardy realized that the letter was a work of genius. Thus began one of the most productive and unusual scientific collaborations in history, that of an English don and an impoverished Hindu genius whose like has never been seen again. Hardy arranged for Ramanujan to sail for England, leaving behind his wife and other in Madras. Ramanujan’s isolation from his family and the intensity of his work eventually took their toll, and within seven years of leaving India he was dead. For Hardy the collaboration with Ramanujan was “the one truly romantic incident of my life.” 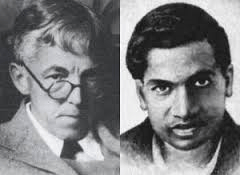 Ramanujan’s work may today have some applications in particle physics. Ramanujan did mathematics for its own sake, for the thrill that he got in seeing and discovering unusual relationships between various mathematical objects. Ramanujan was born in a poor Tamil Brahmin family that resided in the town of Kumbakonam. He attended school there and did averagely well. While in school he came across a book entitled A synopsis of elementary results in Pure and Applied Mathematics by George Carr. This book is just a compendium of results on integrals, infinite series and other mathematical entities found in analysis. Yet it left a lasting impression on Ramanujan; in fact it virtually determined his mathematical style. He would later write mathematics as a string of results without proof or with the barest outline of a proof.

It is a society founded by Dr.H.K.Shengar in 2008 in the memory of Srinivasa Ramanujan and registered on 15th March 2014. This society has been founded as a tribute to the great Indian Mathematician Srinivasa Ramanujan. We aspire to popularize the life and works of this genius. It is a pity that the current generation of students hardly know about the prodigious mathematical work that S. Ramanujan had done in his very short life span . Who could believe that an ordinary clerk who had no university education in mathematics could be given a place among the ranks of Gauss, Euler and Riemann the three of the greatest men in the history of mathematics. It is pathetic that when most of the prestigious universities have a chair dedicated to S. Ramanujan in their mathematics departments, you can hardly find one in our universities. 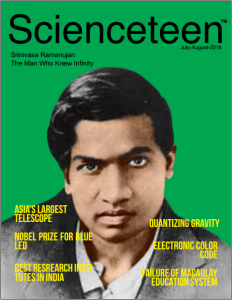 So, We have decided to work assiduously to instill the importance of Ramanujan’s work among the minds of our youth. This would be implemented by organizing seminars, mathematics quiz etc through out the length and the breath of the country. Also, the society has decided to honor the best student in the annual mathematics Olympiad with conducted at our premises, grants and scholarships. A library will be maintained to encourage students to pursue mathematical and physical sciences. Lectures by university professors and active researchers will also be conducted for the above motive. In the future, our center will grow into active research center where higher research work in pure physical and mathematical sciences can be pursued.