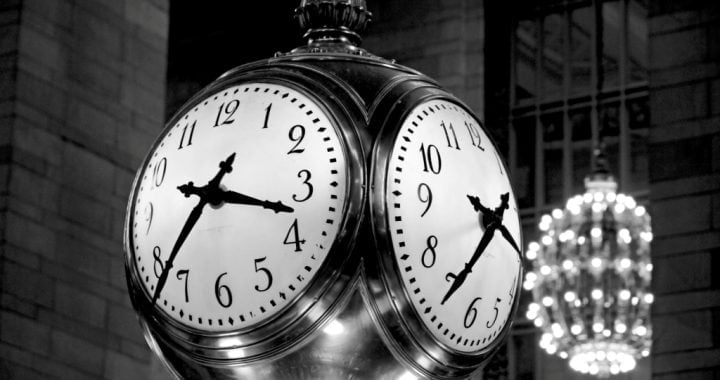 Indian Standard Time (IST) is the time observed throughout India, with a time offset of UTC+05:30hours (where UTC is Coordinated Universal Time). Indian Standard Time is calculated on the basis of 82.5° E longitude, which is just near Allahabad Mirzapur in the state of Uttar Pradesh. The longitude difference between Mirzapur and the United Kingdom’s Royal Observatory at Greenwich translates to an exact time difference of 5 hours 30 minutes. But you may ask, Why it is important? What will happen if my time is not synchronized to it? In modern computer networks time synchronization is critical because event time is important during various activities of network and system. Time is the only frame of reference across all devices on the network. In absence of synchronization, setting up the correlation between log file on different devices is impossible. For example, tracking security breaches, network usage, or problems affecting a large number of components is impossible if timestamps in logs are not synchronized. A brief overview of various sectors where time synchronization is the key issue and makes colossal difference is as follows.

A satellite navigation system uses satellites to provide autonomous geo-spatial positioning. Satellite navigation determine any location with high accuracy and precision with the help of time signals. The system can be used for navigation or for tracking the position of something fitted with a receiver (satellite tracking). These signals calculate the current local time to high precision with synchronization. The United States NAVSTAR Global Positioning System (GPS) is global operational satellite navigation system. India has already launched the IRNSS, with an operational name NAVIC (Navigation with Indian Constellation), a constellation of satellites for navigation in and around the Indian Subcontinent. Time synchronization of nanosecond accuracies of the onboard satellite clocks with the base receivers and transmitters is essential for pin pointing position of an object on the earth.

Monitoring of any violence or national calamity and immediate action against it require time synchronization among the security agencies and alarming systems. What if a security system deployment is not synchronized? Time synchronization could have preempted a problem. Let’s take a simple example of problem, a defense employee leaked confidential data and compromised national security, but the legal department declines to prosecute and its happen because the security system shows him entering the area several minutes after a particular event was logged on the computer.

Electronic transactions and other cybercrimes

Just few days before the major announcement of the Prime minister on demonetization and push towards the digital transactions on 8th November 2016, an unfortunate event of security breach of digital transactions took place. This affected over 40 lakh debit/credit cards and raised a question in minds of people about the security of their money while doing cashless transactions. There comes the role of IST in curbing cyber-crimes. All electronic transactions require accurate time stamping for fraud protection and synchronization of all associated network devices to a common reference time. Non-uniformity of time across different systems creates problem in investigation by the law enforcement agencies (LEAs) of crime and cyber breaches committed by using cyber infrastructure. If a network is not synchronized and all the computer clocks keep a different time, then it is very difficult to find out virus. Time synchronization allows analysts to determine accurately the effect of an intrusion so it can be dealt with efficiently. International trade, Weather prediction and disaster management, Power grid application, Identifying underground resources and Transportation are some other fields of applications.

But who disseminates IST? And how?

strategic and research sectors. Teleclock: The time is disseminated to the users via telephone line with a service known as Teleclock (uncertainty is 1s). The users can dial: +11 45608687/ 8688 to get time. NTP: CSIR NPL also disseminates time thorough NTP and for that users need to synchronize their system time to “time.nplindia.org”. One can synchronize his computer by changing the date and time settings. In the “Internet Time” section of the date and time window as shown in step 1, click “Change settings…”. A pop up window as shown in step 2 appears. Check the “Synchronize with an Internet time server” and write ” time.nplindia.org” in the place given for Server. So, next time someone asks you what time is it? You gotta answer Indian time!