Over the past four centuries, we have witnessed a huge and rapid growth in our understanding of the Universe. It started with the ideas on Gravitation and Celestial Mechanics in the 17th century followed by explorations of the wave nature of light in the 18th century! Later, in the 19th century, we achieved several breakthroughs in Classical Electrodynamics which led to the invention of certain devices that we use even today.

Finally, in the 20th century, thanks to the development of Quantum Mechanics and General Relativity, our understanding of the tiniest of the fundamental particles as well as the mightiest of Galaxies enhanced beyond contemporary expectations! In this century, that is the 21st century, we have at our disposal, many tested and untested theories on many issues related to fundamental particles, galactic evolution, planetary formation, Universe expansion and so on. It was in the Year 1905 that Einstein, Minkowski, Poincare, and others developed Special Relativity while working on certain problems of Electrodynamics.

Experiments in Atomic and Particle Physics prove Special Relativity right! In 1915, Einstein, with the assistance of Marcel Grossman, devised one of the most celebrated theories on Gravitation called General Relativity whose predictions have been proved right.

In simple terms, it means that a blindfolded person taken to any part of the Universe, on the removal of the eye-cover, would not be able to say where he is. He would also not be able to tell the direction in which he is looking. WMAP image of the cosmic microwave background radiation, which is isotropic down to 1 part in 100 000. The small anisotropies would later lead to the formation of large scale structures and galaxies 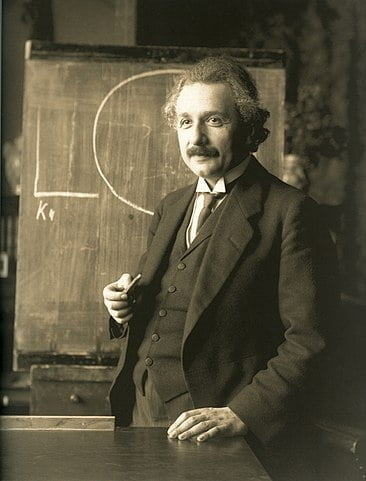 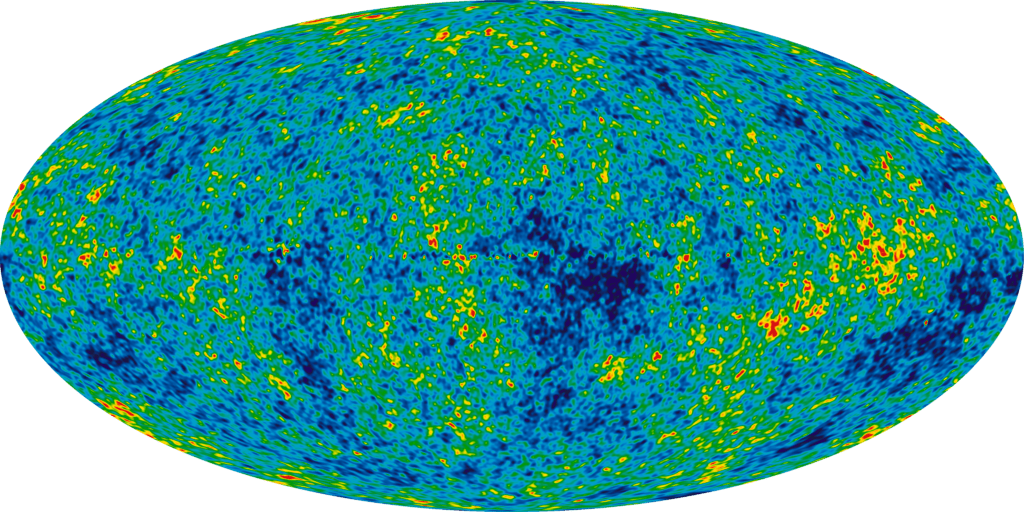 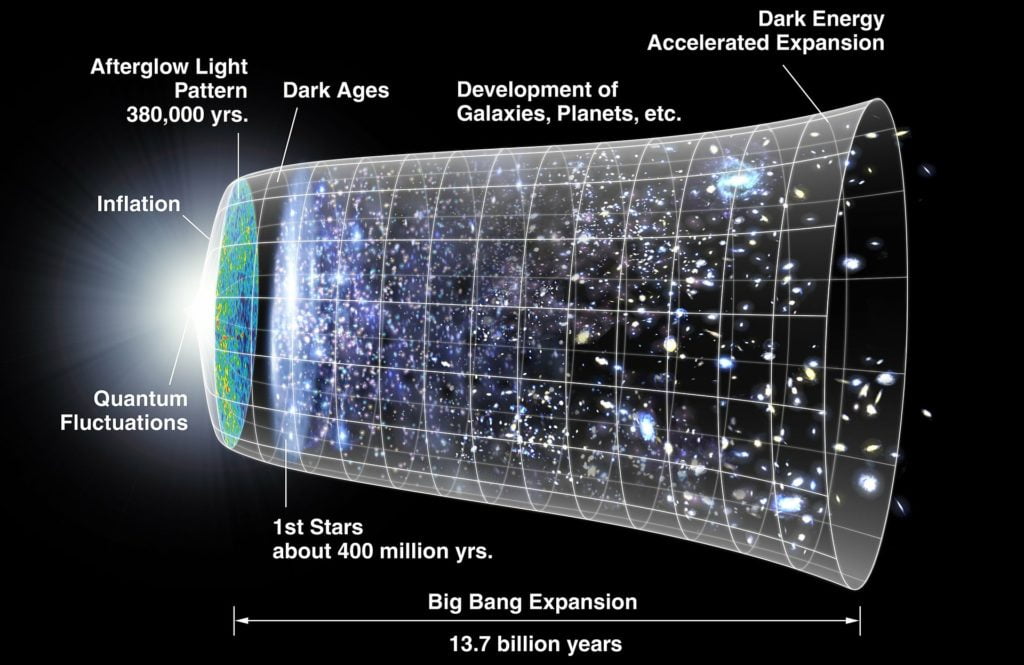 Many Models have been suggested by many Physicists in Theoretical Cosmology. Each of them has their own set of flaws and merits! The well-known De Sitter’s model doesn’t contain any matter whereas the Einsteinian model does! In 1929, Edwin Hubble published a paper which later turned out to be a trendsetter of Modern Cosmology. If Einstein is a Founding Father of Theoretical Cosmology, then Hubble may be regarded as a Founding Father of Observational Cosmology which deals with the Observational Studies of the large-scale Universe.

His findings, which were related to the spectra emitted by distant galaxies showing Red-Shift eventually led to the development of new models in which the Universe was expanding! The earliest proponents of such models were George Lemaitre and Alexander Friedmann! Lemaître also proposed what became known as the Big Bang theory of the origin of the universe. Built upon the idea of the Big-Bang is the idea of cosmic inflation, cosmological inflation, or just inflation which suggests an exponential expansion of space in the early universe. The inflationary epoch apparently started and ended extremely quickly after the conjectured Big Bang singularity.

The Data gathered on the Type Ia Supernova over the last few years seem to be hinting towards a possible unseen influence that may be causing the Universal expansion to accelerate! This influence is said to be du 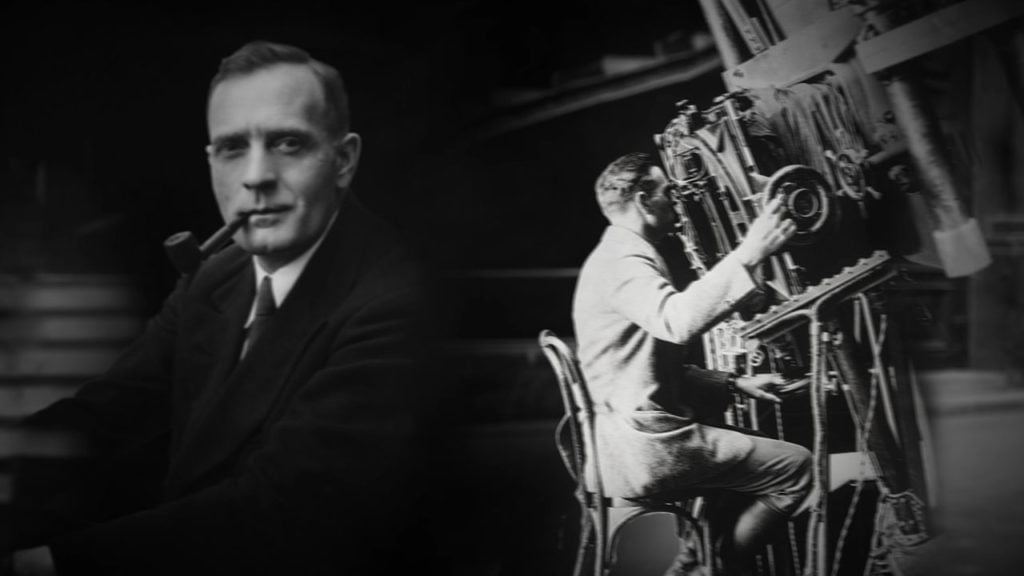 e to what’s called The Dark Energy which may constitute up to 70% of the Universe. The idea of Dark Matter too has been invoked to explain certain occurrences like the motions of stars in galaxies or the orbits of galaxies in Clusters! It is believed that Dark Matter emits or reflects minimal to no light but may have a gravitational influence.

Some possible types of Dark Matter include MACHOs and WIMPS. Massive Compact Halo Objects or MACHOS are large objects like brown dwarfs and Jupiter-sized planets, that exist in the Halos of Galaxies. WIMPS (Weakly Interacting Massive Particles) are sub-atomic particles that have extremely small masses which exist in huge quantities. Neutrino is a kind of WIMP.

The Future of Cosmology

Cosmology is essentially the science of the origin and development of the universe. The field of Cosmology, which has undergone substantial transformation and expansion since the 1980s, thanks to new observations is now dominated by the Big Bang theory, which brings together observational astronomy and particle physics!

New techniques of observations (For Example LIGO) are likely to be deployed to collect and analyze data of various kinds! There is likely to be an increasingly important role of Particle Physics in explaining many Cosmic Phenomenon. At the same time, a greater understanding of the cosmos will help us understand Particle Physics better! Hopefully, we will have more and more questions answered about the Universe, especially in connection to the nature and impact of Dark Matter and Dark Energy. 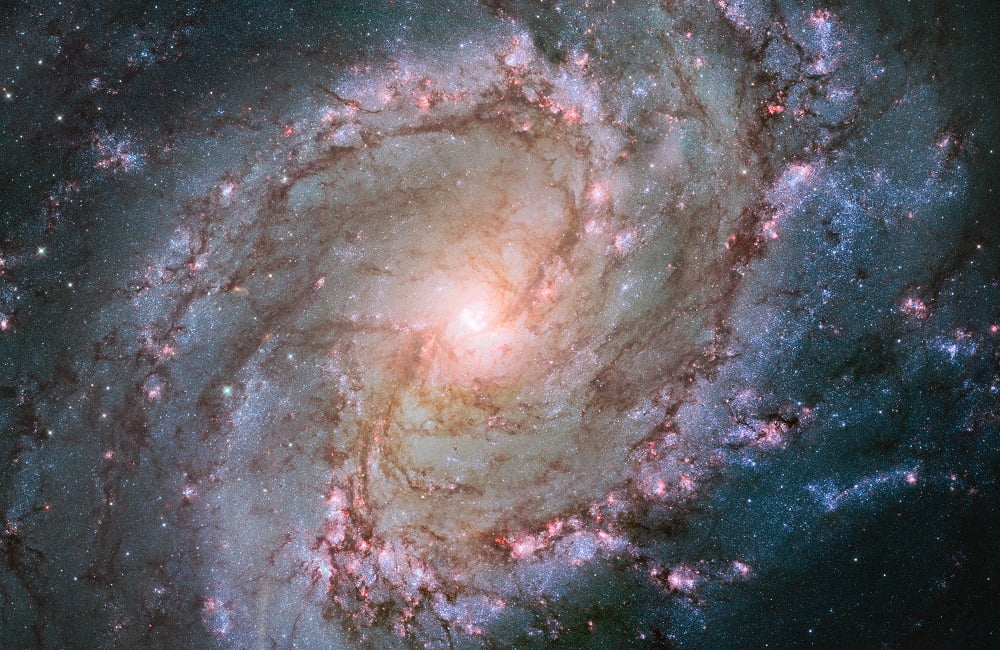 Description: This new Hubble image shows the scatterings of bright stars and thick dust that make up spiral galaxy Messier 83, otherwise known as the Southern Pinwheel Galaxy. One of the largest and closest barred spirals to us, this galaxy is dramatic and mysterious; it has hosted a large number of supernova explosions and appears to have a double nucleus lurking at its core. Author: NASA, ESA, and the Hubble Heritage Team (STScI/ AURA) Acknowledgement: William Blair (Johns Hopkins University) Source: http://www.spacetelescope.org/images/heic1403a/

Description: Timeline of the metric expansion of space, where space (including hypothetical non-observable portions of the universe) is represented at each time by the circular sections. On the left, the dramatic expansion occurs in the inflationary epoch; and at the centre, the expansion accelerates (artist’s concept; not to scale).
Source: Wikipedia