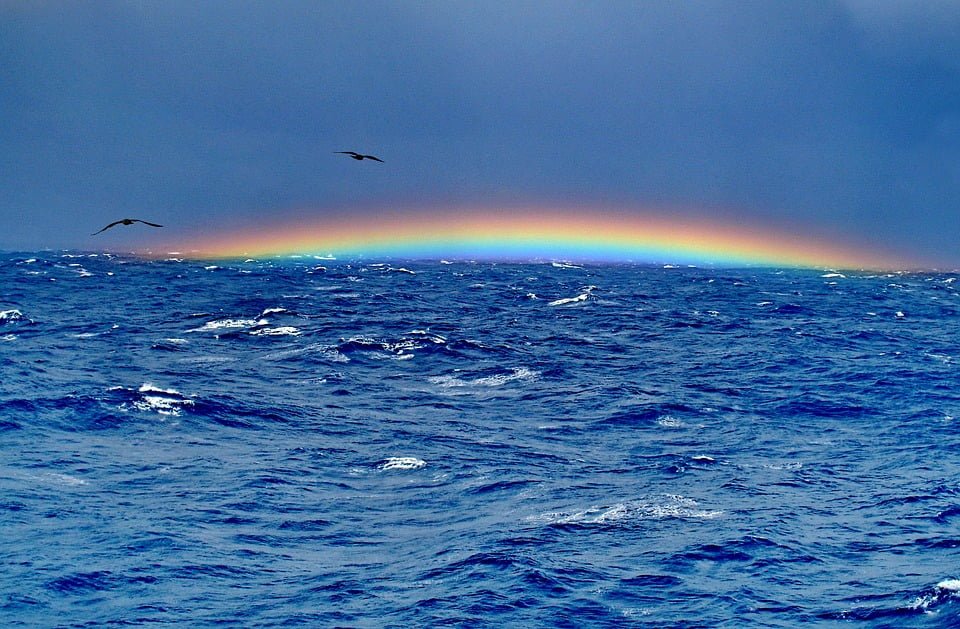 Bermuda Triangle is a strange triangular area on the Atlantic Ocean, where many sailing ships or sailing ships through it have disappeared without a trace. In some cases where debris can be found, the crew had vanished. And such incidents have been happening for centuries.

In the last five centuries, more than 1,000 ships and aircraft have disappeared in the triangle area and such mysterious incidents on the Atlantic also occur in the present day.

So already getting excited? However, the fact is that they are generally far from known or known as true. Many stories and myths have been created by the authors through sheer fantasy, which they used in large numbers to promote their books. In many cases, the facts became blurred. Many doctrines, disputes, and counter-arguments have come out of the years, which challenge the mysteries that have created a fear psychosis in people from the ages.

So what’s the matter? Is this absolutely true? Is partially true? Or is all nonsense? Let’s think deeply that keeping in mind the fact that so many incidents have been ignored in this area so far.

How did it all start?

All this was started by writers who were novel writers, and the secrets were initially created by them. But do not jump in a conclusion yet. While we all know that the novel writers are good at wild fantasies, but many of these writers were actually popular and respected writers of their time.

Abnormalities on the sea were first noted by Edward Jones in the 1950’s Daily Newspaper Miami Herald published in Florida. Although this secret began to attract attention in a widespread way in 1952, when George Sand wrote about the events like Flight-19 in the Flat Magazine, which had a training flight of five torpedo bomber aircraft, all in 1945, a regular training During the session disappeared and never returned.

After this many authors wrote about various other mysterious events in the triangle area. Although some such reports were suspicious or without much material, many incidents were actually and unexplained. The words spread around the mystery, and soon Bermuda Triangle was a reality, at least in the minds of millions of people around the world.

To learn more about its origin, see the History of Bermuda Triangle

Where is the Bermuda Triangle?

By the simplest of all definitions, the Bermuda Triangle is located on the southeastern coast of the United States and creates a triangular area in the Atlantic Ocean. The triangle has three corners: Miami (in Florida); San Juan (in Puerto Rico); And Bermuda (a North Atlantic island on which it is named). For the first time in 1964, American author Vincent Gaddis had defined this boundary in one issue of the journal Argosy, and this area was called ‘The Deadly Bermuda Triangle’.

However, in many years, many other writers continued to expand this area beyond their basic limits as they were also detecting mysterious incidents in the surrounding areas.

To get details about the area, go to the triangle and the map, how it is actually placed on the Atlantic, understand what exactly is a map to identify its location (i.e. latitude/longitude), and Will you ever know when you are entering a dangerous area in the form of a cruise or flight?

So what ships and planes disappeared mysteriously? Many research and exploration have been done to uncover the mystery. There is no single principle that can explain all the events of disappearance. Ships and aircraft could have been subjected to various situations, and things would have happened quickly and unexpectedly. While many researchers and scientists are trying to explain various events, here are some of the most popular ones:

The gas trapped under the ocean floor can explode, and as a result, the density of the water can be reduced and the vessel can sink like a rock. Even flying aircraft from above can catch fire and such a gas explosion can be completely destroyed.

It is a quaint ocean area with no side and surrounded by water currents only on each side. Many ships passing through this are stuck and have become stagnant. Many people were found to be insulting and without spirit.

A strange dense cloud appears from somewhere and engages a ship or a plane. Devices start to break, and in the end, the ship or plane disappears without any traces.

Meteorologists have recently discovered strange hexagonal clouds with satellite images that are capable of destroying winds in the sea at a heavy speed. And such storms on the ocean can cause waves up to 45 feet high. Under such a cloud, the plan and the ship can sink in a short time.

Since the beginning of the 1950s a magazine coined the phrase ‘Bermuda Triangle’ for the first time, this mystery has continued to attract attention. When there are so many mysterious incidents on such a large scale in the same area, it is quite understandable that it spreads like fire, researchers, scientists, critics, and of course, people at different interest levels, including the general population. Between interest attracts large interests, and ultimately leads to a huge size over time. Actually, the Bermuda Triangle has become a living legend. But what is the real truth behind all this?

First, there is no denying that many incidents reported on the Bermuda Triangle have actually happened. Since no plane or ship returns to its destination or does not reach it, it is clearly recorded with the official agencies related to the U.S. Navy, US Coast Guard etc. and hundreds of such incidents have occurred. In some cases, oil leakage, floating or debris could be found in the presence of others, there was no trace of anything… This is a fact.

So the question is not whether the incidents took place or not. It’s about how they happened. This is where the explanations start to blur because sometimes the facts are mixed together with the imaginations.

However, there are some facts which are clear and beyond doubt.

One such fact is that the island is about the water area surrounding Bermuda, which creates a corner of the triangle. Bermuda Island is located approximately 650 miles from the east coast of America. It is known that more than 300 ships are located on the seashore surrounding Bermuda, which includes major such as the constellation, The Christopher Colon, The Marie Celestia, Montana, Zynga and many, many of whom now become popular scuba diving sites Are. If you are interested in learning about these wrecks and the stories behind them, then read ShipWrecks around Bermuda’s islands.

So what could be the reason behind so many ships searching for their graveyard around Bermuda Island? The reason is simple … In fact, 200 square miles of water around Bermuda is full of dangerous underwater rocks. These reefs had created serious threats when the pilots had to depend primarily on the compass and the chart to navigate the ships. Rocks rising from under the sea and hiding under the surface of the water separates the hull from many ships passing through them. With advanced GPS systems these days, pilots can manage to solve that problem.

Here’s one more thing … Scientists have found some unusual geological structures along the sea in the Bermuda Triangle area. In some places, the ocean floor suddenly falls to a great depth. In fact, in some places within the triangle, there are the deepest trenches in the entire Atlantic. And many ships within this area were lost.

Another bizarre natural phenomenon is the whirlwind with swift streams, which are found in the waters of the Bahamas (a group of more than 700 islands, islands and cells), near the western corner of the Bermuda Triangle and about 50 miles from the coast of Florida. Are located at a distance. These are formed due to large underwater caves known as Blue Holes and have the ability to suck in the ship passing through them.

If you want to know about all the facts, scientific explanations, and even the unexplained disappearances, then read the reasons behind the Bermuda triangle incident.

So at this point, it is pertinent to say that many of the singers in the triangle are real … while some have potential explanations and nothing else. However, there are still some questions which are in spring. For example … are there any other ocean zones on earth where such incidents occur? Is the number of such incidents greater than or equal to Bermuda Triangle? So if the numbers are equal or greater, they are such incidents really normal on any oceanic routes?

Let’s find out because it can throw some light on whether we are believing in some imaginary or realistic imagination.

They concluded that the total number of such incidents in the triangle area is not uncommon, where tropical cyclones or storms are quite common. His study also showed that the number of Bermuda Triangle incidents is not much in comparison to many other ocean zones.

Kusche later explained that many authors wrongly reported some incidents and made juicy stories from them. He pointed to a matter where an author left a port in the Atlantic after the ship disappeared in three days, while the fact was

Sir u are a great teacher. And this article on Bermuda triangle really helped me. This is amazingly written. U are a scientist of 21 century 👍👏👏

Thank You, Aditi. I will try to justify your comment. Thank you for such a wonderful line and appreciation.